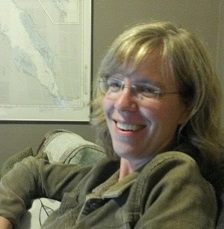 I’m an industry analyst at 451 Research where I follow application and infrastructure performance on the Development, DevOps and IT Ops team. Before joining 451 Research, I was a tech journalist for around 20 years.

I started writing about cell phones before anyone I knew had a mobile phone. In fact, some of my first stories were about the spectrum auctions — including the controversial auction designed to let minorities and women get into the game — that preceded the switch to digital. I always had the latest model phone in my pocket, on loan from the manufacturer, long before phones were affordable enough for anyone I knew to have one.

Since then, I’ve covered it all in technology. One of the most unusual events I covered was an IEEE meeting in Cyprus. I’ve written about CDMA from Singapore, PCs from Hanover, TDMA from Cancun, 4G from Barcelona and more topics than I can remember from Las Vegas. For two years I covered a range of enterprise IT topics from a European and U.S. perspective while living in Dublin, Ireland.

In recent years, I’ve been a leading reporter covering cloud computing, particularly IaaS and PaaS. At the IDG News Service, I won the story of the year award for my investigative series that took down a pyramid scheme.

I’m also a successful grant writer. For City Fruit, the nonprofit I helped found, I’ve developed and written applications resulting in awards from city, state and private funders, including foundations and individuals. My work has resulted in awards of tens of thousands of dollars that helped us launch this new organization into one that is now a leader in the local food and urban agriculture communities in Seattle.

You can reach me at ng at ngohring dot com.